While Safe Routes to School advocates are all convinced about the grave need for safety improvements around schools to make sure kids and families can be active and safe, not all state Departments of Transportation are on the same page.

Even though states are allocated funding for the Transportation Alternatives Program (TAP) and required to run competitions to ensure that schools and local governments can put in sidewalks, crosswalks, and bike lanes and run Safe Routes to School programs, there are many ways in which they can wriggle out of that responsibility. States can simply choose to transfer up to half of the TAP funding to other road and bridge projects. About two-thirds of the states have transferred at least some TAP funding, and we’ve lost about 15 percent of TAP funding (or $560 million) to transfers.

Now, unfortunately, there are two new ways in which we can lose TAP funding. 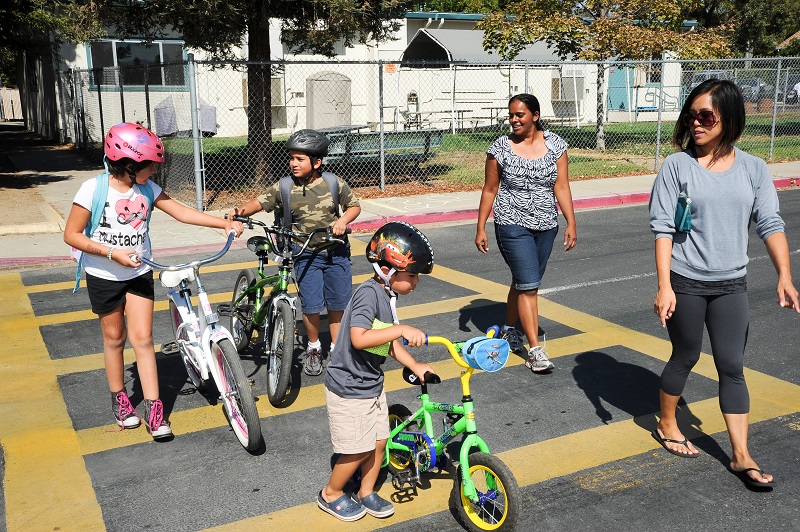 Even though states are allocated funding for biking, walking, and Safe Routes to School through the Transportation Alternatives Program, there are still ways they can lose the funding before it is obligated to a specific project.

First is through lapsing of funds. TAP money, like most federal transportation programs, has a four-year expiration date. Obligation is how a state protects funds beyond that time span: obligation commits those funds to a specific project and protects the money, even if the project takes additional years to complete. It’s a critical measure of whether a state is making progress in holding competitions and building projects with TAP.  That’s why we publish a quarterly report to track state obligation rates. Congress first started putting money towards TAP in fiscal year 2013, and the four year clock on any unobligated funds ran out at the end of September 2016.

Four states – Alaska, Hawaii, New Hampshire, and South Dakota—failed to obligate all of their FY13 TAP money and let $5 million in TAP funding lapse. Lapsed funds are surrendered back to USDOT. States that let funds lapse are effectively indicating that the safety of people biking and walking is so low that they’d prefer to give the funds up rather than to run a competition and obligate funding to local projects.

The second way in which states can lose TAP funding, which will affect all states, is through rescissions. Congress finally passed the FY2017 appropriations bill, seven months late. While they pushed back efforts by the Trump administration to cut funding for transit and the TIGER program, Congress did include a rescission of $857 million. Rescissions are how the federal government takes back funding from the states that they haven’t obligated. This rescission will be applied across all states and all federal transportation programs based on the share of unobligated funds. Every state will lose some TAP funding, but the amount will vary from state to state. States that have been slow to obligate TAP funding will lose more than others. As soon as we know how much each state will lose, we will share that information.

In the meantime, please take a look at our most recent quarterly obligation report to see how your state is doing in obligating TAP funding. If your state’s obligation percentage is low, or you don’t see any funding getting obligated since the prior quarter (or even funding de-obligated), work with other advocates in your state to get your state DOT to move more quickly to get these funds out the door. States have until May 31 to obligate funds in order to protect them from rescissions – so reach out promptly to encourage your state DOT to get TAP projects obligated.  And, states have until September 30 to obligate any remaining FY2014 before they lapse.  (Updated May 19 to add:  We've now added a column to the tracking report to show which funds are at risk of lapsing at the end of September 2017.)

Obligation may sound like a technical term, but what it really measures is the value your state places on the safety of people biking and walking. There is no excuse for a state to allow funds to lapse, and low obligation rates can be solved if a state DOT puts staffing in place to run TAP competitions and get projects moving.